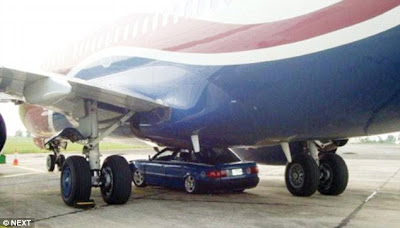 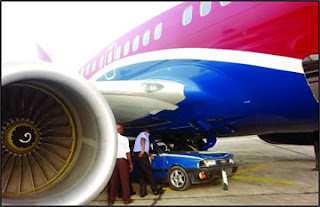 Okay this is a very weird incident. This week, a man broke through two security gates at the Calabar International Airport and rammed his car into an Arik Airline, before Soldiers arrested him.

The so called driver claimed that he had been sent by Jesus to punish sinners. And while he was taken away, he was heard yelling "all Nigerians are sinners and must repent or perish"..........HA HA

Although there was no bomb threat, i still dont understand this man's motive.
First of all, Jesus doesn't tell people to go kill other people in order to spread his message. Yes we all know that we Nigerians are more than sinners and need to repent, but sending such message by this means is probably one of the dumbest things I've seen in a while...
Infact I need to LOL again at this Calabar man :)
Posted by alex