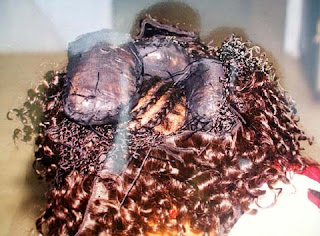 For Gods sake its 2010, and people are still risking their lives transporting drugs internationally?

I guess only Naija peeps will find all possible means to beat the system. Anyways Ms. Vivian Chioma, 39, was caugth with 1.500kg of heroine, which was hidden on the scalp of her head, as she was travelling to China...
WTF?????? like for real WTF???

This is way too hilarious tho. Well she actually beat the whole Lagos airport security system tho, not until one female narcotics operative saw how nice her hair was and approached her to know where she got her hair done. Women una no dey mind una business ehh..ha ha. Anyways in the process,   she tried to feel the texture...then na where yawa come gas..
Well good thing she was caught with the drug at Lagos airport. Because if to say dem for catch her for China......we for don dey here another story by now. Lucky you. Well, send our greetings to all our peeps wey dey for kiriKiri aight. 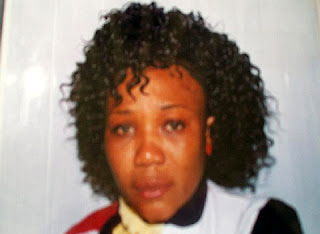